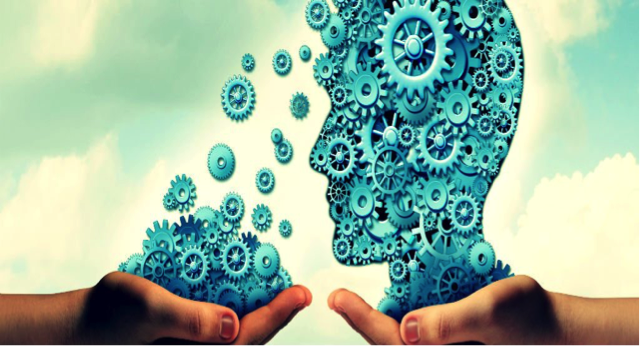 Multitasking is a myth; what you are actually doing is task switching. This idea may challenge how we view ourselves, students, or our colleagues. You may believe that you have the ability to complete two or more tasks at once; however, you are actually alternating between the tasks. Moving between tasks can cause a decrease in productivity (Rubenstein, Meyer, & Evans, 2001). Some tasks will be completed, but the other tasks will perhaps be left behind (Wise, 2012). The delay that multitasking causes can affect productivity in the classroom.

Students will also attempt to multitask while in your classroom. This may look like texting, checking notifications, or using social media on laptops instead of taking notes. Students should hold themselves accountable, but may need guidance on how to avoid multitasking. You can model ways to avoid multitasking to help students. So: How do YOU stop multitasking? Try the following:

On the top line write, “I am a great multi-tasker”

On the second line write the numbers 1 through 20.

This should take about 20 seconds.

On the top you will again write, “I am a great multi-tasker.” You will write 1 through 20 again on the second line. This time you will write one letter on the top line and then one number on the second line, until you have finished completing both lines. Unless you are extremely gifted and talented you will more than likely see that your completion time has increased significantly. The reason that the second activity takes longer is because you are task switching.

Trying this activity for yourself can demonstrate that multitasking is not occurring, and attempting to can actually reduce productivity. To show students that they are not actually completing two tasks at once, you can even have them try this activity.

Now that you hopefully can see that multitasking is not real, let’s talk about how this can affect our students. Students will attempt to multitask in your classroom; whether it is by reading or doing homework for another class, trying to sneak in snapchats, or texting. This multitasking can have many negative effects on students. Unacapher, Thieu, and Wagner (2016) found that students who were identified as heavy media multitaskers (HMM) were found to have a diminished working memory, even if at the time of the test there was no media present. As educators our goal should be to help students build cognitive skills, and not lose what they already have. So, how can we avoid “multitasking” or task switching?

One way to best help students avoid multitasking is to model that behavior ourselves. One way you can do that is to keep a log of the times that you notice you are “multitasking.” Bringing awareness to this can help prevent it from reoccurring. Make a point to let your students know that you caught yourself attempting to switch between tasks. Hold your students accountable for doing the same thing while in your classroom, and out.

If you are willing to try logging when you are attempting to multitask you may find yourself becoming more productive; when you’re writing down your instances of multitasking include the task you wanted to switch to. Having this record may help you complete both tasks, however just at separate times

There are different ways that we can avoid multitasking. To begin helping ourselves and our students we can begin by logging and paying attention to our behavior.